Artemis Productions was formed in 2000 by three friends who thought they would give stilt walking a go. Based in Liverpool, Artemis has now developed into a professional company specialising in vibrant stilt walking characters which have entertained audiences both nationally and internationally.

Barry Han, designer, maker and a musician who since 1982 has been in many, many bands as he really is that old! His talent for guitar, kazoo and programming means he also creates music soundtracks for other theatre companies.

Sarah Han, an actress, who has worked in many young people's theatre companies.  She is particularly good at crying and once was employed to tour round art galleries delivering a speech about women in cinema whist bawling her eyes out. 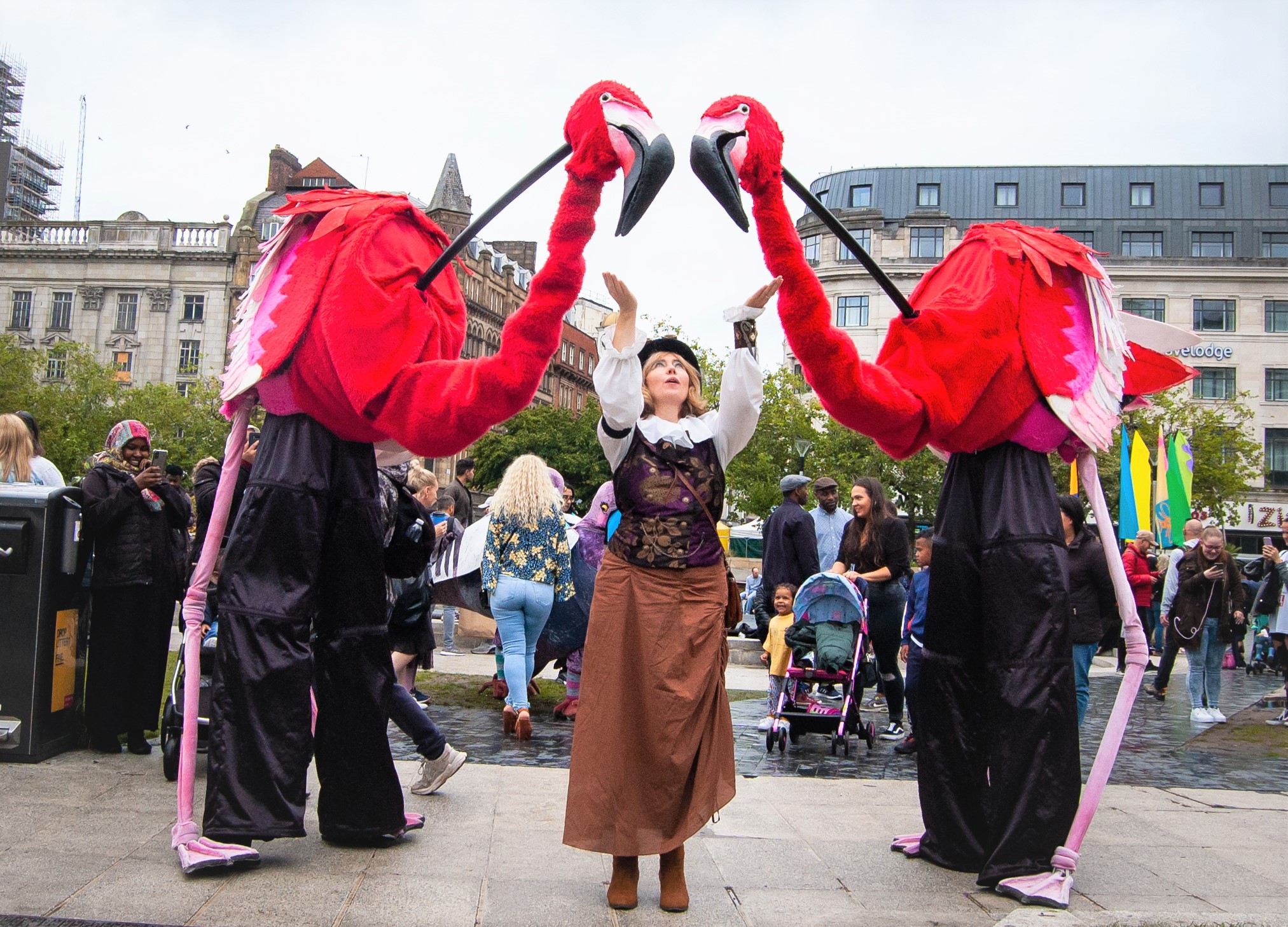 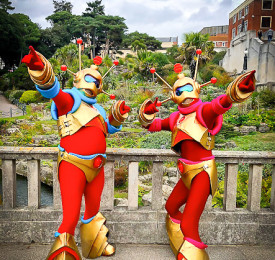 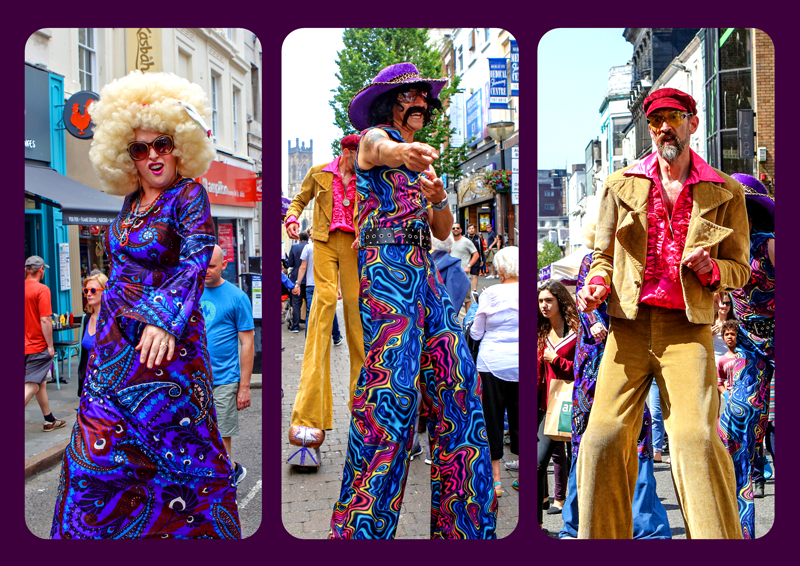 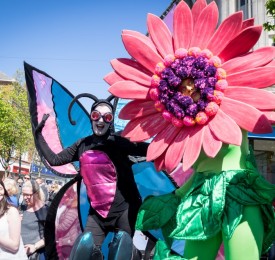 Bob the Butterfly and Gerry the Gerbera 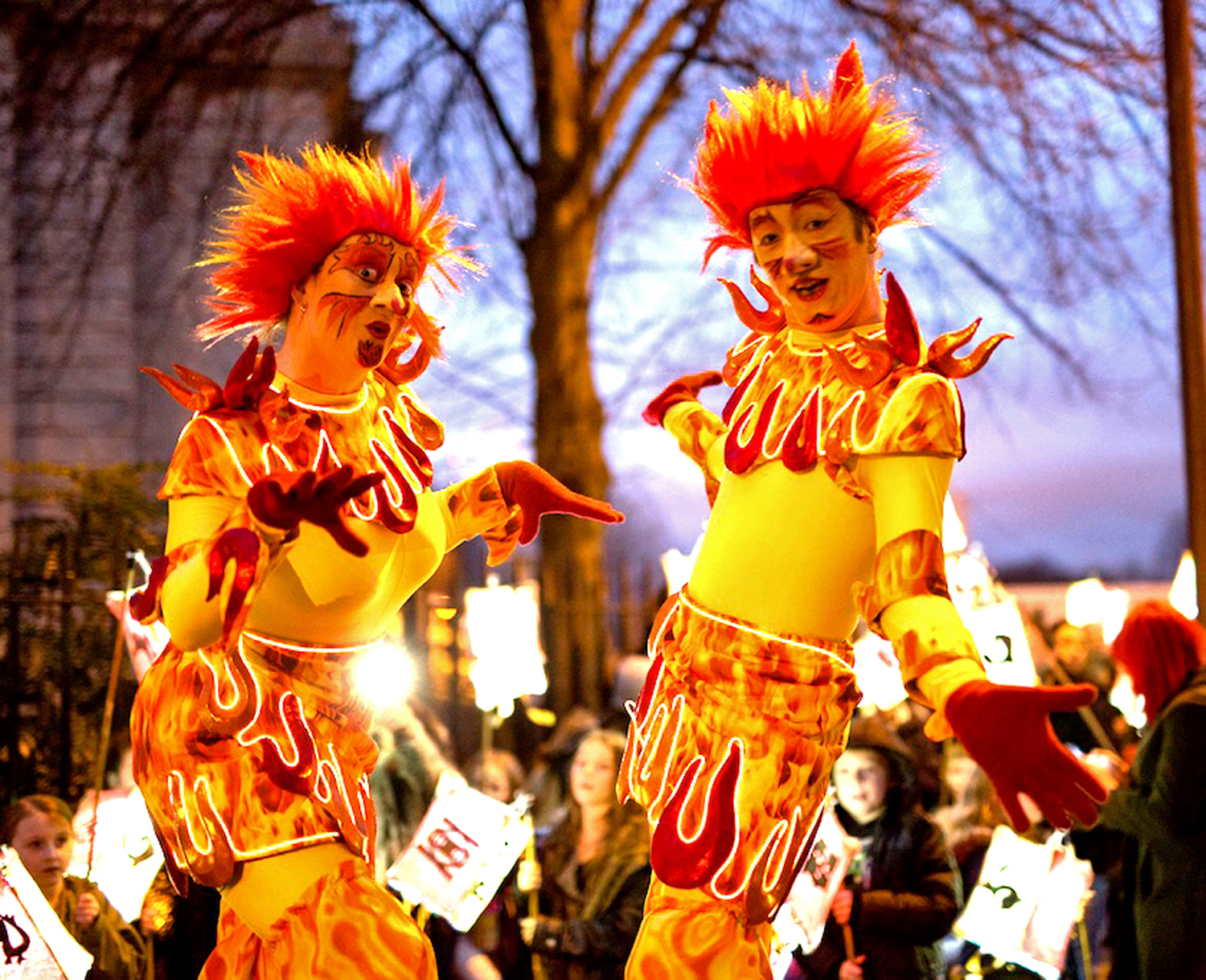 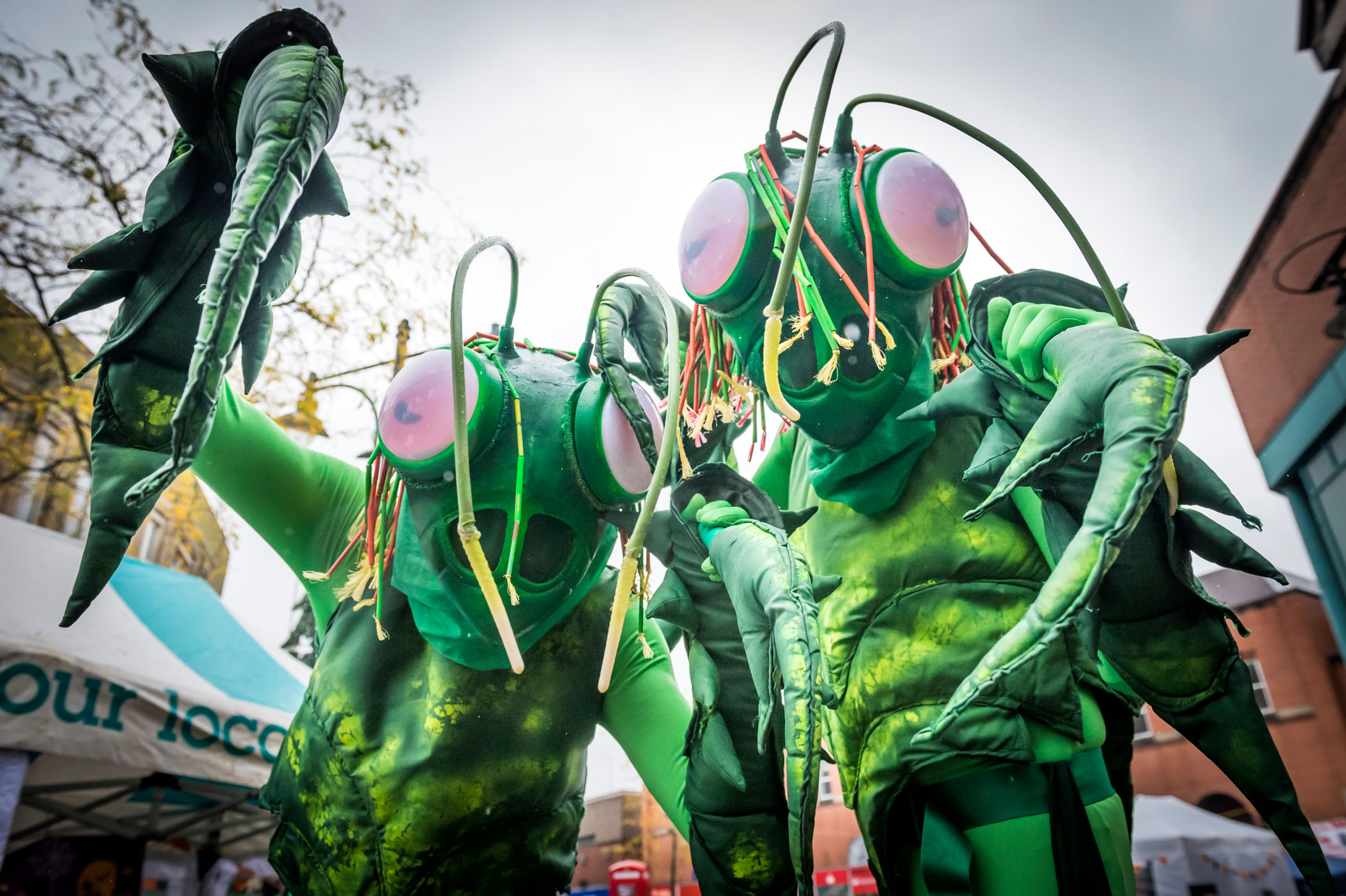 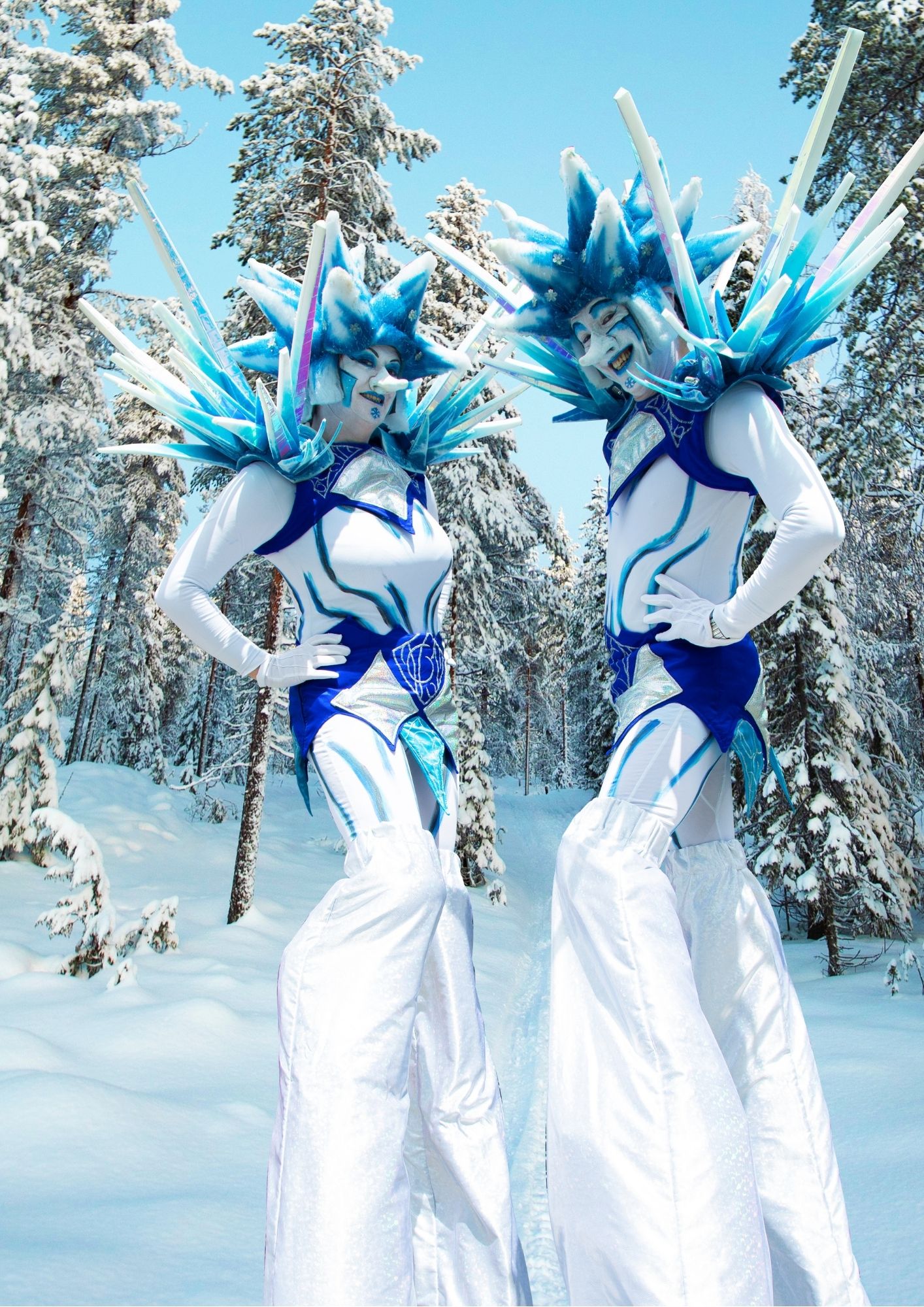 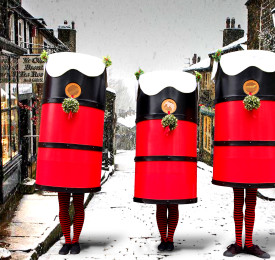