Jon Hicks studied Fine Art to degree level in the 1980s and then worked as a pavement artist. Jon still produces works to commission: he has chalked on Blue Peter and produced a large-scale, overnight piece for English Heritage.

From 1993 he worked as a scenic artist producing work for film, television and the music industry, with the occasional foray into prop making and set building.

Jon writes poetry for performance and appeared extensively on the London poetry circuit in the late 1990s.

Since 2000 Jon has been performing his shows of artistic oddities. Starting as a speed-painting act, he has developed his shows to now include drawing, origami, audience participation, gentle comedy and getting inside a cardboard box.

Jon appears in street festivals, arts festivals, cabarets and corporate events. He is also a core member of the smash hit variety company Slightly Fat Features, whose shows at Pleasance One at Edinburgh drew rave reviews.

And he spent five years of his adult life learning to tap dance. 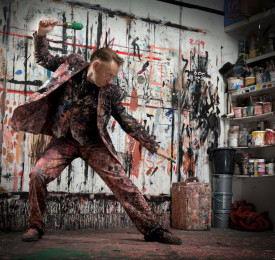 The International Man of Artistry 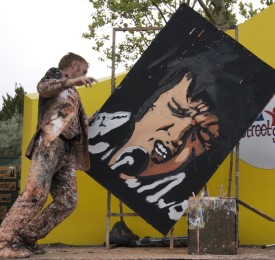 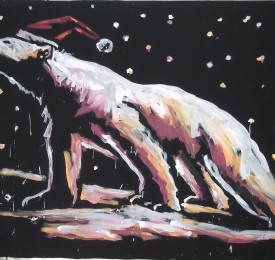