Half Human Theatre create roving interactive robots. Their robots have no human parts but oodles of personality and often seem to have a mind of their own.

Half Human Theatre was formed by Matthew Pullum. Matthew has a BA in Drama and started his career as an actor and director with Moving Parts Theatre, Bash Street Theatre, and Cornwall Theatre Company, before moving on to tour the cabaret circuit with his award winning Half Human Video show. In his spare time Matthew likes making new robots, keeping bees and teaching music.

Acts by Half Human Theatre 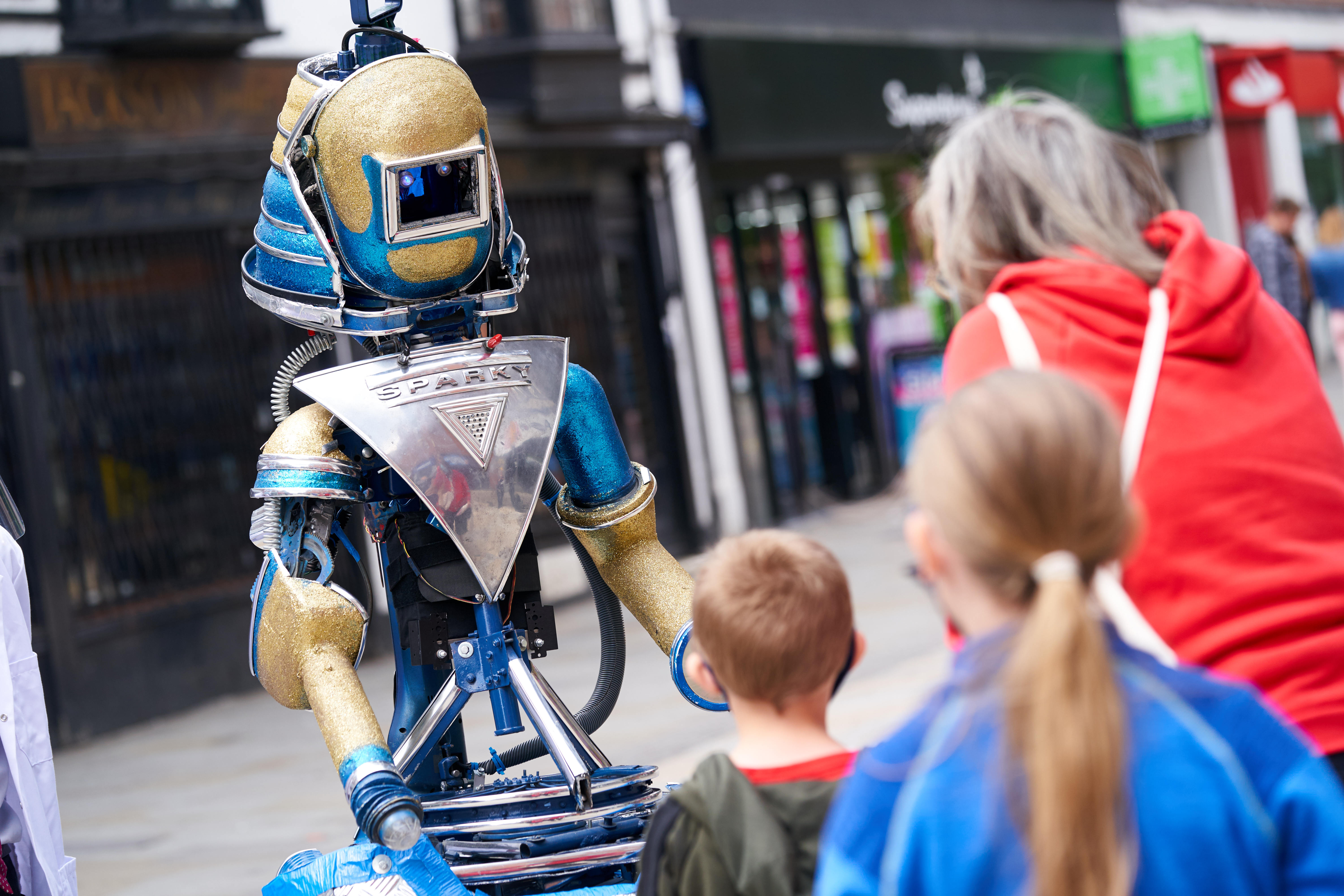