Founder members Danielle Brooke and Rupert Parry met whilst studying Theatre at college. Realising that they shared a love of improvised comedy and artistic spectacle, they formed The Flying Buttresses theatre company.

The Flying Buttresses exploded on to the scene at Glastonbury Festival 2004 where their unique illusion and heart-warming characters won them a huge following. Since then Hodman Dodmanott and Sally Forth have gone on to capture the hearts and imaginations of audiences from Dundee to Dubai.

An employee of The Jim Henson Company, the creators of The Muppets, spotted Rupert’s talent for puppetry, which led to an invitation to train at the prestigious Henson puppeteering workshop.

Both Danielle and Rupert have degrees in Special Effects. 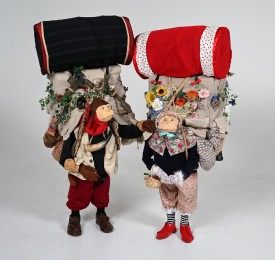 Hodman Dodmanott and Sally Forth 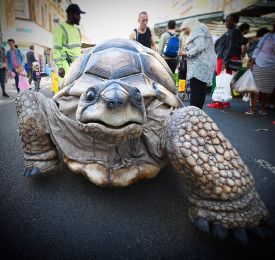 What The Tortoise Taught Us 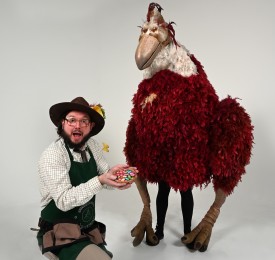 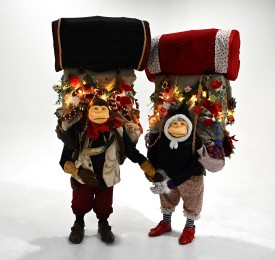