CIRCUS FUDGE is a one-man kaleidoscope of circus, foolish theatre, music and comedy brought to you by Mick Chapman.

As a bored shop keeper from Rochdale in 1989, Mick taught himself to juggle one day, "just for a laugh". He then very quickly picked up other circus skills and it wasn't long before he was performing at village fetes, festivals and on the streets. Inspired by the "New Circus" movement of that era he started to explore different ways to present his skills which led to the use of unusual props, clowning,  and a musical narrative.
Circus Fudge provides a variety of original, highly visual and professionally presented static and mobile acts.
Mick also teaches circus skills and throughout his career has worked alongside a leading circus arts charity to both teach, and develop good teaching methods and safe practices.
Mick now lives on a 58ft narrowboat in the foothills of the Pennines. When he's not working, or counting the passing ducks and gongoozlers, he likes to relax by racing lawn mowers.

Circus Fudge is one of the funniest acts ever to perform at Strawberry Fair in Cambridge. A mesmerising performance enjoyed by both adults and children. There is a very good reason why Circus Fudge is booked year after year. 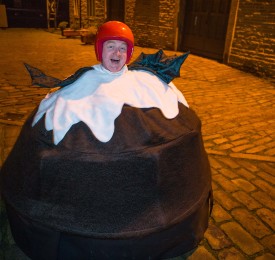 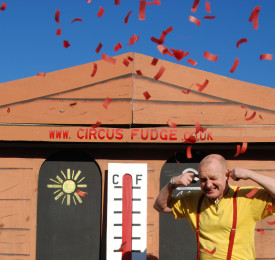 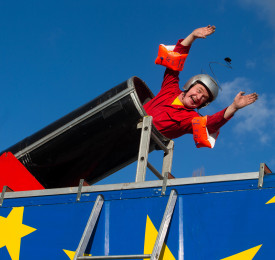 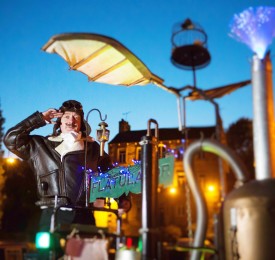