Apus Productions have been touring walkabout street theatre since 2007. They are based in Hull which was named Uk City of culture in 2017.

Apus was originally a partnership between Julia Dixey from Heir of Insanity and Liz Dees who studied at the London College of Fashion. Charles Huckvale joined the company in 2014 giving up his job as a florist and choral tutor.

They have a current repertoire of eight street theatre acts that tour nationally and internationally. They are all family friendly and can be performed during the day or illuminated for after dark. Thanks to Liz’s partner Ian, an electronics engineer, the acts have all singing, all dancing, pre-programmable sound and lighting systems.

Apus  specialise in interactive performance involving audience engagement, allowing the audience to forget themselves for a second and making people happy. If you require an ice breaker, a surprise, or the unexpected serendipitous encounter at your event, you will not be disappointed. 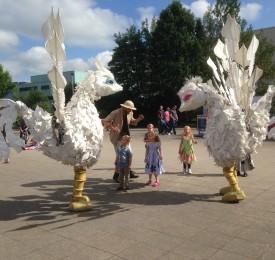 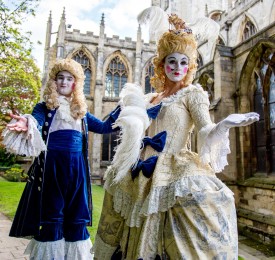 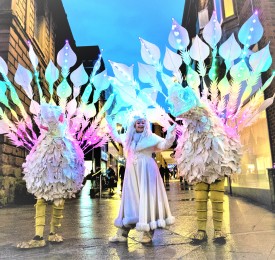 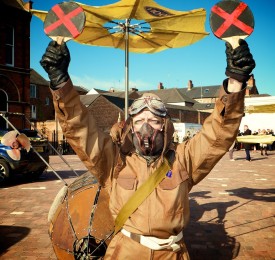 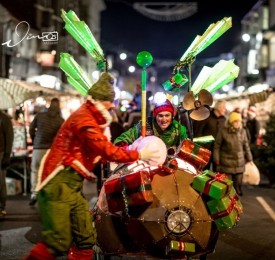