The 2 Men is a collaboration of the minds of two very silly men, Anton Mackman and Dave Solo. Both have been involved in street theatre and other performance for over 20 years. They like to be as loud, funny and ridiculous as possible and will seize any opportunity to interact with people and draw them into their playful parodies.

This comedy duo is based in Brighton, Sussex. They have both had a long history of working solo and with other acts all around the world. In particular Dave Solo was previously one half of the internationally acclaimed comedy duo The Invisible Men whilst Anton was one half of the massively successful robot act Cyberstein.

Anton and Dave are always busy devising new ideas and working on new characters … and at spare moments Dave is helping Anton training to accomplish his lifelong ambition of walking round Great Britain on his lips.

We had a great time with The 2 Men and people just loved them. I think their performance in Helsingborg, Sweden was one not to forget.
Thanks for everything, it’s a pleasure to work with you and the artists.

Acts by The 2 Men 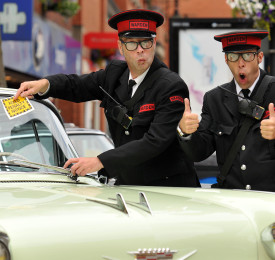 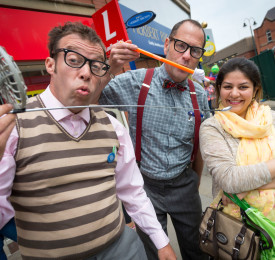 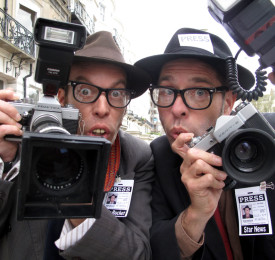 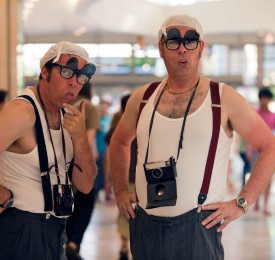 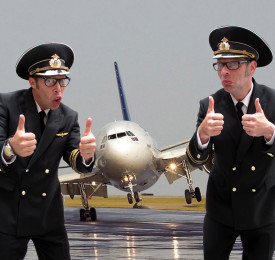 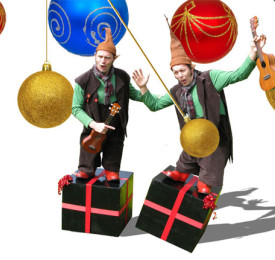 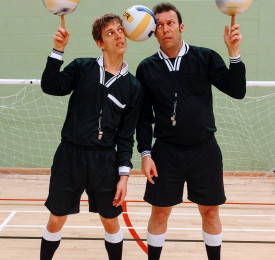