Maynard Flip Flap has been entertaining professionally since 1990, originally becoming a circus skills entertainer, juggling and riding tall unicycles. Since 1996 he has been touring his comedy street show 'Daft as a Brush', a collection of ridiculous tricks. The show has won him several awards including first prize at Antwerp Street Festival and Fool of Muncaster.

Since 2006 Maynard has been running a monthly Cabaret club in his home town of Sheffield, booking, producing and compering. Cabaret Boom Boom is much loved and always sold out.

Maynard has taught students at Greentop Community Circus, an OCN accredited circus course for over a decade, specialising in 'Clown and Play'. He is a talented and sensitive children's entertainer with a reputation for engaging young children and regularly entertains groups with special needs. 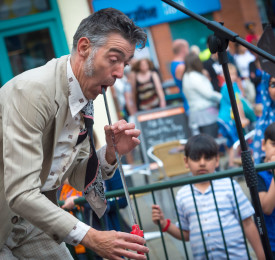 Daft as a Brush 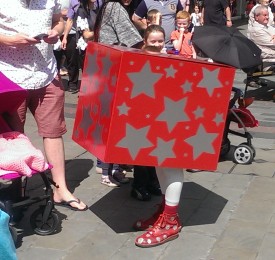 Man in a Box 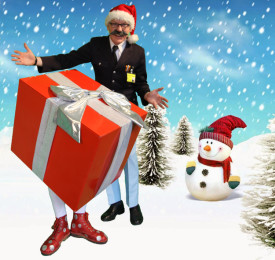