Bristol-based but born in Exeter, Matt studied at Circomedia in Bristol and furthered his training with workshops and courses from other masters in performance and clown including Phillipe Gaulier. Matt’s work is juggling focused but with an important performance factor. He is now also working on combining his work with contraptions and machines which he builds himself and is enjoying developing his skills as a maker as well as performer.

Matt is the co-founder and Artistic Director of PanGottic an international touring circus-theatre company whose shows have reached critical acclaim. Alongside his performing career Matt teaches the Street Theatre module at Circomedia on their foundation degree, curates Circus Shorts, an evening of short circus pieces, and is developing an emerging artists scheme in collaboration with Circomedia. He also produces The Lansdown Cabaret in Bristol.

Other activities include playing water polo which contrary to popular belief does not involve horses, or even inflatable horses for that matter. 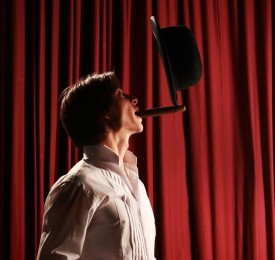 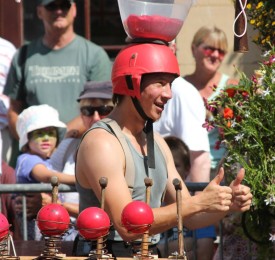 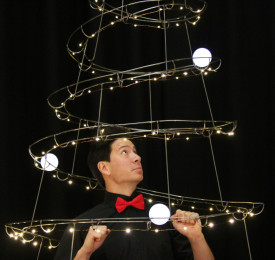