Tonkyhonk Music are an exotic collection of eccentric musical performers from the South West. Their sole aim is to bring unique and highly entertaining musical comedy to audiences everywhere.

The company consists of multi talented performers with a wealth of international experience, some crazy skills and some even crazier instruments.  Their cast includes a virtuoso saw player, moustachioed crooners, a ukulele-playing umbrella-balancing daredevil, a charming gramophone disc jockey and a washboard wizard to boot.

Over the past decade Tonkyhonk Music artists have worked with The Ukulele Orchestra of Great Britain, The Zen Hussies, Gandini Juggling and The Invisible Circus to name but a few. Appearances include Glastonbury Festival, London International Mime Festival, BBC Television and numerous festivals on the Continent.

They currently hold the unofficial world record for the world’s largest paper aeroplane battle with an audience (one and a half thousand planes). 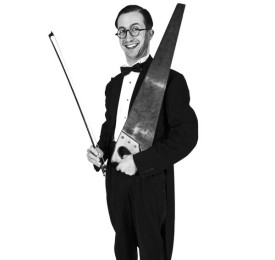 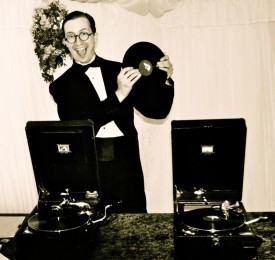