Bruce Airhead is the stage name of Lee James, a professional entertainer who started his career 15 years ago performing magic, puppets and games at children’s parties.  He then graduated to close up and stand up magic and was invited to perform stand up magic at several of the International Brotherhood of Magicians conventions.

Lee created the hugely successful Bruce Airhead in 2006 – the metamorphosis of a man and a six-foot balloon. Since then he has appeared in television, street festivals and corporate events worldwide.

Appearances at Glastonbury festival have inspired Lee to develop a catering sideline and since 2011 he has had another very successful career – selling falafels!

Bruce was fabulous! He was a highlight of the show and really caught the crowds attention. Many commented on how entertaining he was and that he was an excellent performer, the kids (including my own) loved him! Furthermore, he was a really nice chap and a pleasure to deal with 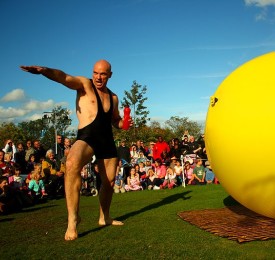 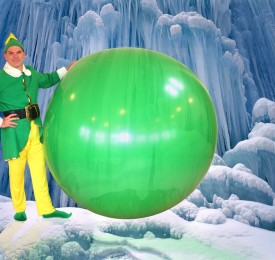